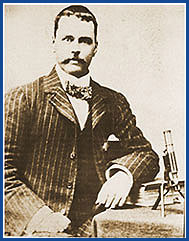 Ronald Ross is best known for his discovery of the method by which malaria is transmitted, research for which he was awarded the 1902 Nobel Prize in physiology or medicine. Ross's interest in bacteriology led him to study the causes of malaria, a disease that was widespread in India where he lived. His determination that the affliction was transmitted through a parasite common to mosquitoes led to more advanced treatments for the condition and more effective means of preventing it. In addition to his Nobel Prize and other honorary awards, Ross was knighted in 1911. Ross was born in Almora, Nepal, on May 13, 1857. He was the first of ten children to be born to General Sir Campbell Claye Grant Ross, a British officer stationed in India.


He spent much of his career in the Indian Medical Service. He spent many years in the then Presidency general Hospital for long time and was concerned about the deadly disease Malaria, the cause and treatment of the disease was yet to be known by mankind. Malaria was a devastating health problem in India then. Thousands of people used to die of the disease. He began to study its cause in 1890 in a room in Presidency general Hospital. His research on the life-cycle of the parasite which causes the illness was instrumental in the modern understanding that malaria is a mosquito-borne disease. Today, Institute of Post Graduate Medical Education and Research erstwhile known as Presidency General Hospital is proud to have a Nobel Laureate like Ronald Ross as its researcher and faculty and the building where Ross carried out his invaluable research, is named as Ronald Ross Building.

It had long been thought that diseases were spread by odors, and that malaria was caused by the vapors produced in swamps. In 1880, Charles Louis Alphonse Laveran's (1845-1922) observations that the blood of malaria patients contained the pigmented bodies of parasites suggested an alternative cause. In 1894, Sir Patrick Manson (1844-1922) demonstrated the truth of this observation to Ross and suggested that mosquitos were responsible for transmitting these parasites to humans. Ross set out to investigate the life-history of the parasite and to test Manson's theory.Progress was slow, but on August 16, 1897, Ross allowed ten Anopheles mosquitoes--a species new to him--to feed on a malaria patient who had agreed to serve as a volunteer. Over the next few days, Ross dissected the mosquitos as usual, looking for some sign of malarial parasites acquired from the patient. He found nothing unusual, and by August 20 only two mosquitos were left. He decided to dissect one of these last Anopheles, but grew so discouraged when he found nothing unusual that he almost did not finish. But when he began to examine the mosquito's stomach tissue, he found several cells too small to be ordinary mosquito stomach cells. Inside each cell was a cluster of black granules just like those of Laveran's parasites. Ross realized that if these were in fact the malarial parasites he had been seeking, they should continue to grow within the mosquito. When he dissected his last mosquito the next day and found still larger parasites in its stomach tissue, he knew he had discovered the parasite's stage of development which was the link between humans and mosquitoes, and he named August 20 "Mosquito Day." The next step in his research was to demonstrate the mode of transmission of the parasite from mosquito to human. A transfer within the Service prevented further work with humans, but Ross was able to study avian malaria in caged birds. He followed the parasites from an infected bird into the stomach of a Culex ( AÃ«des) mosquito which had fed on the bird, and from there to the mosquito's salivary glands. The bite of this mosquito then transmitted the malarial parasite to another bird. The Italian scientist, Giovanni Grassi (1854-1925), demonstrated the same process between Anopheles and humans in 1898.

Devoting himself to the promotion of research into malaria and the stimulation of measures to control it, Ross published many reports based on the principle that, to eradicate malaria, mosquitoes must be isolated from infected humans. He received the Nobel Prize in physiology or medicine in 1902, was knighted in 1911. 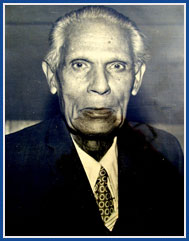 Was the first native Indian doctor to be appointed in PG Hospital (now known as SSKM Hospital). 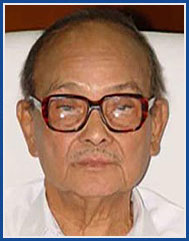 Was another great professor in medicine who had served in this institution and remembered for his outstanding knowledge.